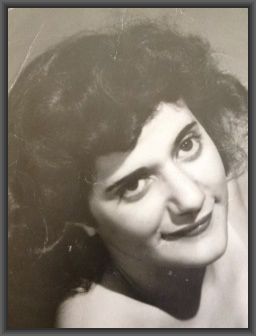 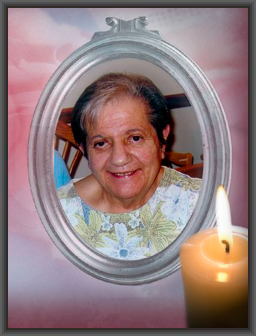 We thank Reggie for her commitment and dedication while serving as Vice President of Maggie Sky Foundation, Inc.

Reggie will forever be lovingly remembered and sadly missed.

Throughout her life, whether in a professional or volunteer capacity, Regina M. (Reggie) Rivenburgh had been active within organizations devoted to helping others.

For 35 years she had been affiliated with the Lions Clubs International, the world’s largest volunteer service organization. Reggie served as President of the Springfield Chapter for a short term before joining the Hampden Lioness Club. Known for its work to end preventable blindness, Reggie had been instrumental in raising funds for eye research, emergency sight and hearing, assistance for people in need of surgery and eye glasses, as well as The Clarke School for the Deaf and the Clara Barton Camp, a program of the Barton Center for Diabetes Education, Inc. One of the Lioness Club’s largest events is the annual spring fashion show, a fund raiser for the Charlotte E. Miller Youth Award – a scholarhip award to serve those less fortunate, those whom Charlotte E. Miller helped. Reggie was well-known to local businesses who donated generous door prizes for the raffle. The Lioness Club had also donated money to the Hampden’s Senior Center and the Town Library.

When she worked at the East Longmeadow, MA, Council of Aging as a cook for the seniors and the town’s shut-ins, she was diagnosed with lung cancer. She won the battle and returned to accept an office position. Reggie was also a survivor of breast cancer. The American Cancer Society has honored her 15-year dedication to their annual Daffodils Day event with a series of certificates.

Empowered by her strong faith, Reggie believed in encouraging people to overcome trials of adversity. Her volunteer hours helping students with mental and physical disabilities attain confidence and self-esteem resulted in another certificate of appreciation. Reggie’s courageous and victorious spirit inspired others. The Foundation was honored to have her as a member of its Board of Directors.

We thank Donna for her valued time and effort while serving on the advisory board.
Donna will forever be lovingly remembered and sadly missed.

Between 1965 and 1987, Donna Bailey-Thompson survived two overtly abusive marriages that ranged from emotional and psychological abuse to physical violence. Her factual, fast-paced book www.starkravingsober.com invites the reader to join her as she descends into codependency and then claws her way back to sanity, independence, and to the threshold of a new and happy marriage with an emotionally healthy mate. Donna was born in Missouri, grew up in Massachusetts, lived briefly in Maine, Connecticut and Rhode Island, and longer in North Carolina, Florida, Ohio, and Maryland, before returning as a widow to Springfield, Massachusetts.

She has been an executive secretary; manager of a professional summer theater; radio hostess focusing on the performing arts; editor of a small newspaper and city magazine; owner and manager of a family campground; teaching editor of student-produced bilingual inner city paper; freelance writer and founding publisher/editor of a monthly magazine that for most of the 1990s was “directed to anyone in recovery from anything”, which regularly featured domestic violence articles www.challenges.com.

Within weeks following the murder of Nicole Brown Simpson, she designed a large button to call attention to domestic violence: red letters on a white background, “Remember Nicole 1959–1994.” Rights to the button were sold for $1 to the Brown family. Active in Al-Anon Family Groups for eight years, Donna also participated in four family residential treatment programs. She has facilitated “Women Who Love Too Much” groups and workshops focused on domestic violence. She has more than 12,000 hours of peer counseling experience. She is a creative writing coach and reviews theater www.inthespotlightinc.org. She is compiling a book of her “Get A Life!”™ columns and related essays.

See the ways you can get involved
Click here to read more...